Cummins Falls was named one of the 10 best swimming holes in America by Travel and Leisure Magazine. This state park is one you have to see. The waterfall is 75’ high, and is the 8th largest waterfall in Tennessee.

Read more about it here: https://centerhilllaketenn.com/cummins-falls-state-park-cookeville-tennessee/

Burgess Falls is located on the Falling River and is known for its natural beauty and 4 waterfalls. The last waterfall is the most spectacular in the 217-acre natural area, where the river plunges more than 130 feet into the gorge. You can kayak, boat, or hike to the bottom of the waterfall or hike to the very top.

If you don’t mind crossing 18 creeks and aren’t afraid of heights, this waterfall is bucket list material. It’s a strenuous 5.3 mile hike with tall bluffs that give it its name Window Cliffs. The waterfall is a sight to see in itself and the trail to the top of the bluff goes right across the top of it.

Rock Island is a massive State Park that is home to the Great Falls, a 30-foot cascading waterfall located below the 19th-century cotton textile mill that it powered over a 100 years ago! The park is 870-acres across and is located on Center Hill Lake, near the Caney Fork River.

Fall Creek Falls is one of Tennessee’s largest and most visited state parks! It’s the biggest state park and waterfall on our list so far, spanning over 29,800 acres. The waterfall is 256 feet high, and one of the highest in the Eastern United States.

The Upper Cumberland Region of Tennessee has several unforgettable hikes and is known for its pristine natural beauty. Not everyone is an outdoor ...Read More 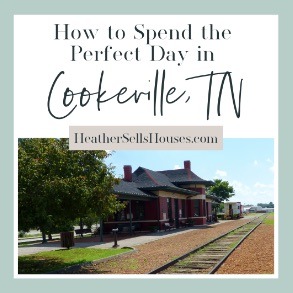 How to Spend the PERFECT Day in Cookeville, TN

Cookeville is a small town in Tennessee that sits right between Nashville and Knoxville. Its central location makes it the perfect area with both ...Read More 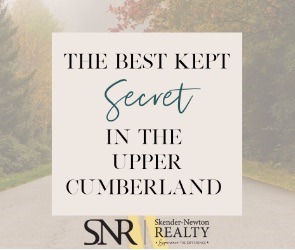 The BEST Kept Secret In The Upper Cumberland

The Upper Cumberland is a great location to consider in your property search. Cookeville is known as the region's best-kept secret. It is centrally ...Read More